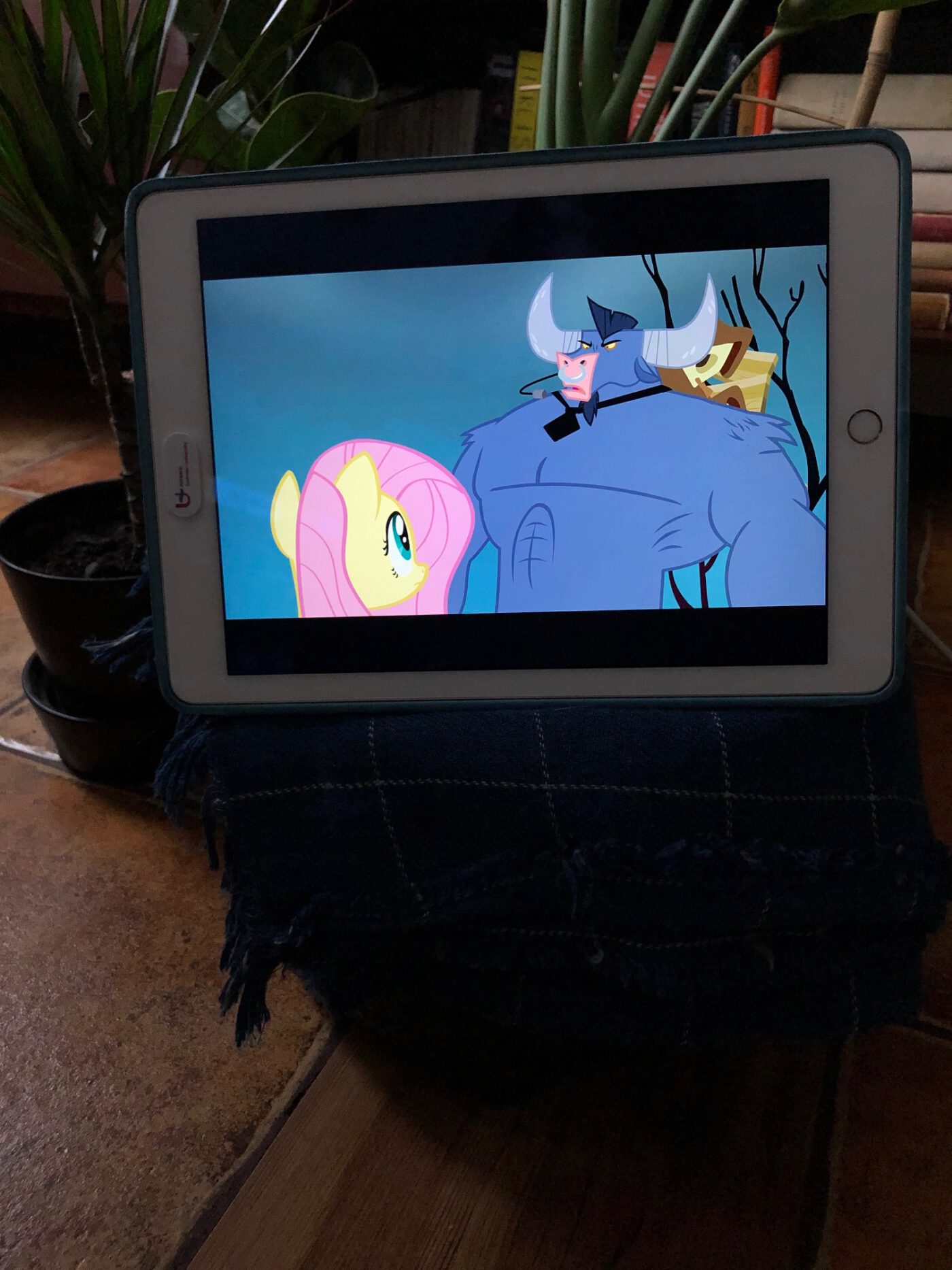 Being a girl born and raised in the 1990s, I remember watching My Little Pony movies on VHS rented from the local video store. Just like beloved Disney animations, Care Bears or Moomins, My Little Pony was a magical escape from the “grey reality” (as we say in Poland). I also remember the first (and sadly, the last) pony I’ve got – one of the most beautiful toys that was ever a part of my childhood collection. I’ve never thought it would become something more than a warm memory. Of course, I gladly admit, I was mistaken.

My little Pony: Friendship is Magic

When as an adult woman, already involved in the academic research (to which I will come back shortly), I first saw the new edition of My Little Pony: Friendship is Magic (2010-2019, created by Lauren Faust), I was not enthusiastic. The design seemed over-sweet and caricaturized, the characters – superficial and annoying. Nonetheless, being aware that mythical monsters feature in the series, I’ve decided to give it a try. With each episode, my initial aversion was waning, as I was discovering wonderful and inspiring concepts behind the colourful and glittery animation. Loads of them were connected strictly to the classical antiquity, which made me even happier.

Lauren Faust, considered to be the creator of the rebooted franchise, had a goal to show children the value of friendship and self-appreciation. Set in the fantasy world called Equestria, the story about magical ponies was stretched throughout nine seasons, each consisting of 26 episodes (222 altogether), and several featuring movies (most of them are available on Netflix). I think it’s fair to say that Faust and Hasbro team created one of the vastest universes in contemporary pop culture. And it’s one of the few ruled by girls.

In one of the interviews, Faust says she created the storyline for My Little Pony based on her own experiences of playing with the toys when she was eight years old. She wanted to inspire young girls and show the TV industry that you don’t have to be a boy to enjoy cartoons. She also wanted to highlight ponies personalities, rejecting the belief that girls can only be interested in what is sweet and pleasant.

Ponies of both genders inhabit Equestria. However, the ruler and the main characters appearing in the series are female. The main heroine is Twilight Sparkle, the leader of a group of several friends, each having their quirks and unique talents. However, the paramount quality of the string is their friendship – the source of their magical abilities. In each episode, ponies struggle with their weaknesses, face various challenges, and defeat their enemies. Some of them being mythical monsters.

One of my tasks in “Our Mythical Childhood” project (an ERC grant, led by Prof. Katarzyna Marciniak) is to write a PhD thesis, which now awaits its defence. The topic of my dissertation is Signs of Exclusion. Monsters Inspired by Greek and Roman Mythology as Symbols of Rejected Minorities in Literature, Film and TV-Series for Children and Young Adults: From Mid-20th Until Early 21st Century, supervised by Prof. Grzegorz Leszczyński and Prof. Katarzyna Marciniak. My Little Pony franchise was, naturally, part of the research.

However, the place where I have gathered most of my analysis regarding these magical creatures is Our Mythical Childhood Survey. It is a type of database, where researchers from all around the world collect various works inspired by classical antiquity. In the database, you can find several (now 6, with possibly more to come) entries on specific episodes of My Little Pony in which mythical creatures make an appearance. Here, I want to mention my favourite one: Iron Will, a minotaur, bodybuilder and motivational speaker.

Meet the minotaur: Iron Will

In the episode Putting Your Hoof Down (s02e19), one of the ponies, timid Fluttershy, learns how to stop being a pushover. While the pony is learning how to be more assertive, Iron Will comes to town. He has a plan for all insecure ponies, who, if only willing to pay a certain amount of money, will become as confident and strong as the minotaur himself. His aggressive technics influence Fluttershy in a very unhealthy way, and once known as the kindest pony in Equestria; she becomes rude and violent. Thankfully, her friends come to her aid and bring the old Fluttershy back. Ultimately, she can resist Iron Will’s teachings, which ironically can be considered the minotaur’s great mentoring success.

In this story, the minotaur is not a terrifying monster living in the deadly maze. His character is created according to the stereotype of a bodybuilder who desperately wants to influence the others; provide they choose the same path as he did, they would inevitably achieve success. This episode does not only show that you have to believe in yourself and “put your hoof down” to become a little bit less anxious once in a while. It also teaches that “mansplaining” can be (and usually is) destructive. Instead of listening to adult male strangers, it’s better to turn to your friends for help or advice. After all, influencers do not always have our best interest in mind.

Final thoughts: My Little Pony then and now

If not for “Our Mythical Childhood” project, I would probably never come back to my beloved ponies. I would never appreciate the reboot of the series, repelled by the unsatisfying aesthetics. The series shows that both 1990s hits and classical mythology still thrive in times of excess. They can transform in multiple ways, adapting to the epochs in which they function. My Little Pony shows that myth is an ever-changing creation which, like monsters, responds to the needs of the contemporary world. Thanks to it, we can still find the answers to the questions that the Ancients used to ask themselves. What would they think of Little Ponies? I am a little bit afraid to imagine the response. I will leave that to your mythical imagination.

Anna Mik, MA is a graduate in Polish Philology at the University of Warsaw. She works in “Our Mythical Childhood” grant at the Faculty of “Artes liberales” and is a member of the Laboratory for Research on Literature for Children and Youth.