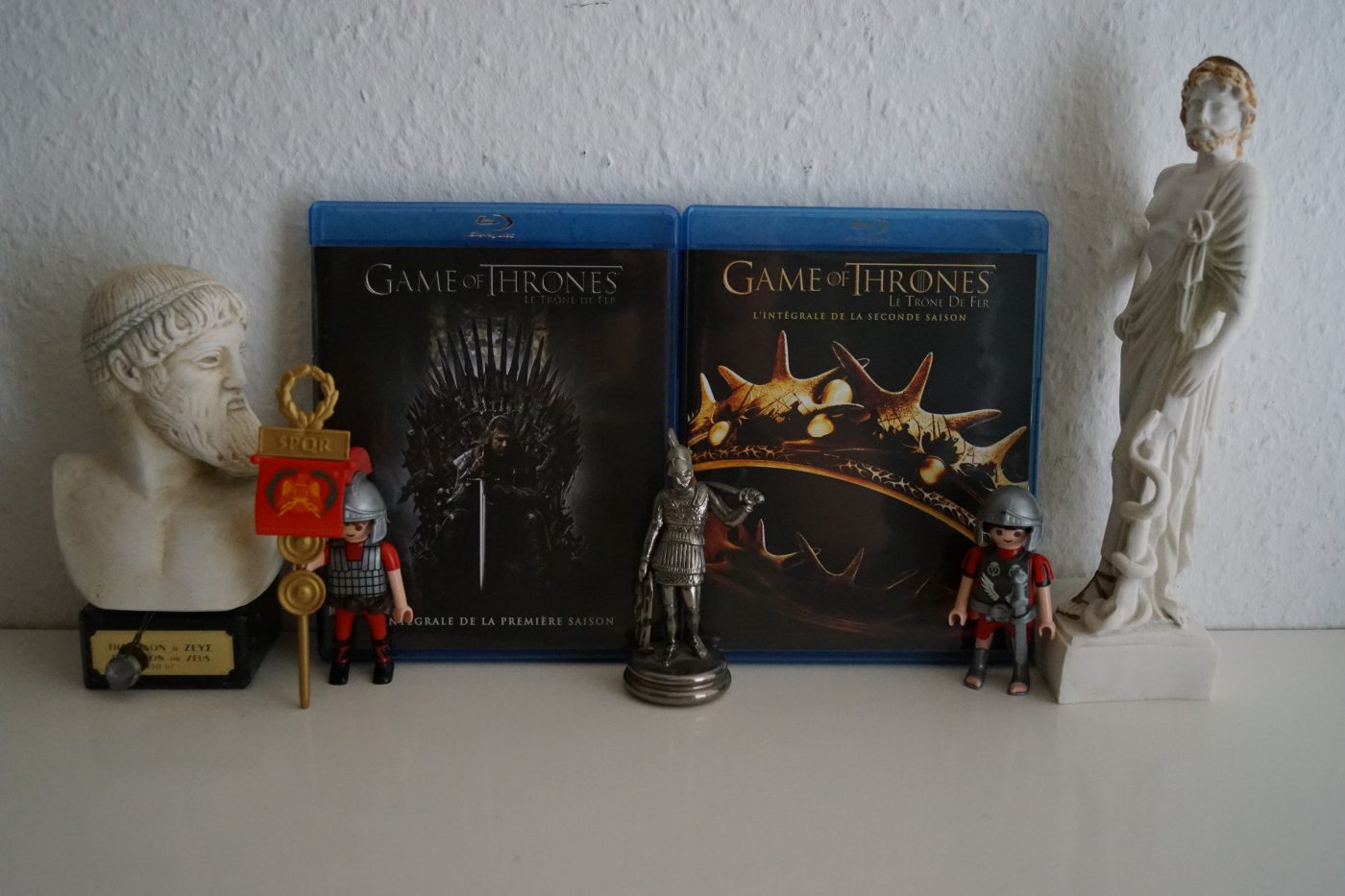 Since David Hogg’s great page „Ars Longa. An Index of Every Classical Reference Ever!“ will go offline soon, David agreed to move its content to fantastischeantike.de. On this page you’ll not only see his lovely drawings, but also his thoughts on the TV-show „Game of Thrones“: 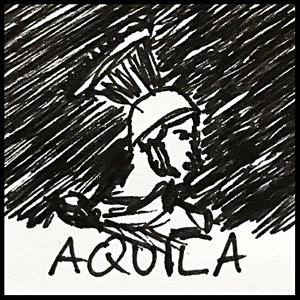 Description: Jamie Lannister was the youngest member of the Kingsguard, sworn to protect his king. When he began his duty, he was assigned the task of protecting Aerys II Targaryen, the Mad King. However, Jamie breaks his vow when he stabs Aerys in the back near to the end of Robert Baratheon’s rebellion. Much is made of Jamie’s treasonous act in the TV series and even characters who would be glad to see the end of the Mad King’s reign use Jamie’s slaying as a means to insult him and prove his disloyalty. Jamie reveals that he only did this heinous act to save the whole of King’s Landing from being burnt down by Aerys. However, this is not a definite fact and it would not be the first time in the show that someone has lied about their actions to achieve a favourable personal result.

The Roman Emperor, Caligula, also had a ‘King’s Guard’, called the Praetorian Guard. They were sworn to protect their emperor and were employed purely for that role. Yet in 41 AD, a group of Caligula’s own guards, along with some other co-conspirators (involving Senators and Equestrians) assassinated him for the greater good of Rome – or so they would have had us believe. Politically, Caligula was a nightmare for the Roman elite. He was mad, bad and dangerous to know and having to work with him in any capacity could be a degrading experience, or even fatal. The Praetorian who led the betrayal was called Cassius Chaerea and he was routinely humiliated by Caligula. Unable to take it anymore, he conspired to have Caligula executed. This coup was a success, particularly for the Praetorians, who became kingmakers when they put Claudius into the role of Emperor. The final death-blow to Caligula is attributed to a man called Aquila, who very little is known about. It is thought that Caligula may have even been dead by the time Aquila plunged his blade into him – thus rendering it a symbolic act rather than a necessary one.

Therefore, it could be argued that there is nothing brave about this act by Aquila. Aquila may simply have seen which side of history he needed to be on if he was going to survive, a trait which Jamie Lannister demonstrates many times in Game of Thrones. Like the conspirators of Caligula’s assassination, Jamie tries to promote the idea that his murderous act was for the greater good, but like Aquila’s actions, Jamie’s can also be seen as symbolic rather than necessary as the Mad King had already lost the war. Like Aquila, Jamie’s name is only recorded as a kingslayer for prosperity and nothing else is written about him (In The White Book/The Book of Brothers). Jamie does not like this, but perhaps he will be grateful to be remembered for something in the end, regardless of what it is. Aquila is just about remembered by us, but there are many, many more who are not. 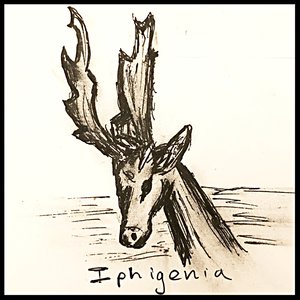 Description: There are many violent moments in Game of Thrones (and there are many others that push the boundaries of ‘good taste’), but perhaps the most disturbing of all of its scenes is the sacrifice of the child (Shireen Baratheon) by her own father (Stannis). Shireen’s fate seems to be based on the Greek story of Iphigenia. In the myth, Agamemnon offends Artemis and in revenge, the God manipulates the winds to prevent the Greek fleet from setting off on its conquest of Troy. Agamemnon’s status amongst the Greeks becomes increasingly weaker each day that they remain stuck in harbour. The wind is literally and figuratively being taken from their sails and this is leading to dissent, dissertation and perhaps even mutiny.

It is a situation that is replicated by Stannis’s march on Winterfell in Season 5, but this time it is a snow storm that prevents the leader’s progress. Both generals seek the help of immortals in order to maintain their authority over mortals and both fathers are told that the sacrifice of their own daughters will loosen this strategic ‘log jam’. Both men feel the weight of history on their shoulders and decide that their reputation as ‘King’ is more important than their role as ‘father’ and thus, the sacrifices are carried out. Initially it seems that the sacrifices ‘work’ and both men are able to get on with attempting to write their own histories. However, for both men, the infanticide is the beginning of their end; Agamemnon’s wife kills on his return from Troy and for Stannis, it is the ‘belief’ that this act gives him, that ensures he marches into his death. In Greek mythology, there are versions of this story where the Gods replace Iphigenia with a stag at the point of her execution, thus allowing her to flee. This reference is foreshadowed in GoT when Sir Davos gives her a gift before he departs on a mission, just days before her death – it is a carving of stag.

As a side note, once Stannis wakes up after his daughter’s sacrifice, GoT becomes Macbeth for about 5 minutes: troops desert, his wife commits suicide and “no man born from a woman” delivers his death-blow (Brienne of Tarth – a woman). This is not the only time in this series where the Bard and the Classics are woven together. (See Thyestes). 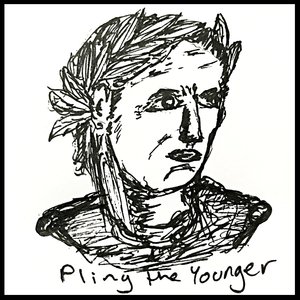 Description: In about 105/106 C.E., Pliny the Younger wrote a letter to Aefulanus Marcellinus about the death of Minicia Marcella – the daughter of their mutual friend Fundanus. Minicia seems to have made quite an impression on Pliny. He states, “I have never seen anyone more cheerful or agreeable or worthy of a long life-even immortality – than that girl.” More platitudes follow in the writing until he presents the bitterest pill to swallow – Marcella was engaged to be married at the time of her death and the family’s joy had now been changed to sorrow.

In Game of Thrones, the daughter of Cersei Lannister is called Myrcella – a spelling that is not made clear in the TV programme, and is therefore a homophone of the Marcella found in Pliny’s letter. Like Marcella, Myrcella was also young, innocent, full of life and preparing for a happy marriage (to a Prince in Dorne). Before her death, the scenes of Myrcella’s idyllic, positive life in Dorne created a juxtaposition with the perpetual purgatory of King’s Landing and, for a while, it seemed that there was the possibility of at least one character in this drama having a nice life. Prince Oberyn had even said, “We don’t hurt little girls in Dorne”, so the signs were good!

But as with Marcella, Myrcella was destined not to experience the happiness that the people watching from the outside wanted her to receive. Myrcella is murdered and Marcella dies of an illness; although the means are different, the outcomes resonate in the same the same way – the good die young and the evil never stops. Pliny finishes his letter by stating, “A mind when its grief is fresh rejects consolation, soon desires it and calmly accepts what is offered.” One wonders if we will start to see Cersei soften in the final season of Game of Thrones as she comes to terms with her grief. I somehow doubt it. 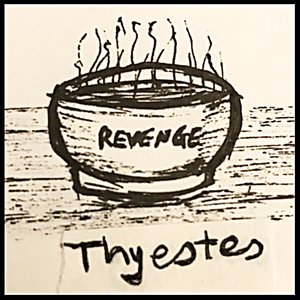 Description: (SPOILER ALERT) After following the trials and tribulations of Arya Stark over 1000s of miles and several years, viewers were relieved when they discovered who she had become – a cold-blooded killer, driven by revenge with a penchant for showomanhsip. There were doubtless many people incongruously cheering at the TV when they found out that Walder Frey was eating a pie made from his own sons in Season 7. It was an abominable act that was a signal to the viewers that the Stark fight-back was well and truly on! The feeding of children to their parents as an act of revenge can be traced back to Seneca’s Thyestes. In this play, Thyestes robs his brother (Atreus) of both his kingdom and his wife. As payback, Atreus invites Thyestes to a banquet where he is served food made from his own children. Has Atreus crossed the line? Discuss. In Game of Thrones, Walder Frey was such an abhorrent character that it is hard to argue that he did not deserve this stomach-churning punishment. The Starks had also been victims of such a horrendous narrative (partly thanks to Frey) that to begrudge the family of the serving of this dish would be cruel. Plus, the writing was probably on the wall for the sons, since their father is named after a pie maker (See Fray Bentos). 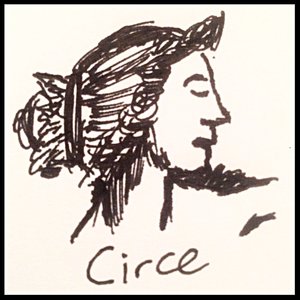 Description: (SPOILER ALERT) This name is more than just homophonic. The significance of the sound of her name (rather than the spelling) reminds me of the scene is Macbeth and the false-king stumbling around calling out for ‘Seyton’. I know it has a different spelling, but the audience hears Satan and this carries aural weight and adds an additional layer to the meaning of the scene; as does Cersei’s name every time she appears on screen. In The Odyssey, Circe is a witch who surrounds herself with lions and wolves. At the start of Game of Thrones, Cersei is surrounded by the wolves of the House of Stark and lions from her own family, the House of Lannister. Circe poisoned her victims, which is the weapon of choice for Cersei – until she gets enough power to use other means. In mythology, Circe is meant to have killed her husband, as does Cersei (by expediating her husband’s end). Interestingly, a boar is the source of Robert Baratheon’s demise, which echoes the fact that Circe the witch used to turn her victims into pigs. Finally, Circe bedded the sailor/warrior Odysseus and Cersei Lannister has most recently found herself with the Iron Island’s sea-dog Euron Greyjoy. Is there one final Circe-esque turn to come, or has this TV character evolved beyond her original allusion? 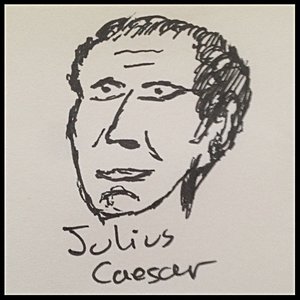 Description:  (SPOILER ALERT) Popular ‚man of the people‘ John Snow is stabbed to death by men more honourable than him, including a boy that he trusted. Sounds very familiar… Snow almost looks at the boy and says, „And you little boy…“. Just as Julius Caesar could not believe Brutus (his young nephew) conspired against him, Snow cannot believe he is betrayed by his adolescent squire.

Snow does not need a ‚Mark Antony‘ to seek revenge for him though, as he is simply resurrected in the next series and carries on where he left off. This leads to an interesting ‚what if…‘ question. What if Julius Caesar had been brought back from the dead by a local haruspex? What would Rome have become? Would he have been a good king or would he have given the powers back to the people? Would he have united the 7 kingdoms against the White Walkers (or the German Tribes as he’d have probably called them [in Latin])? Would he have grown a beard?