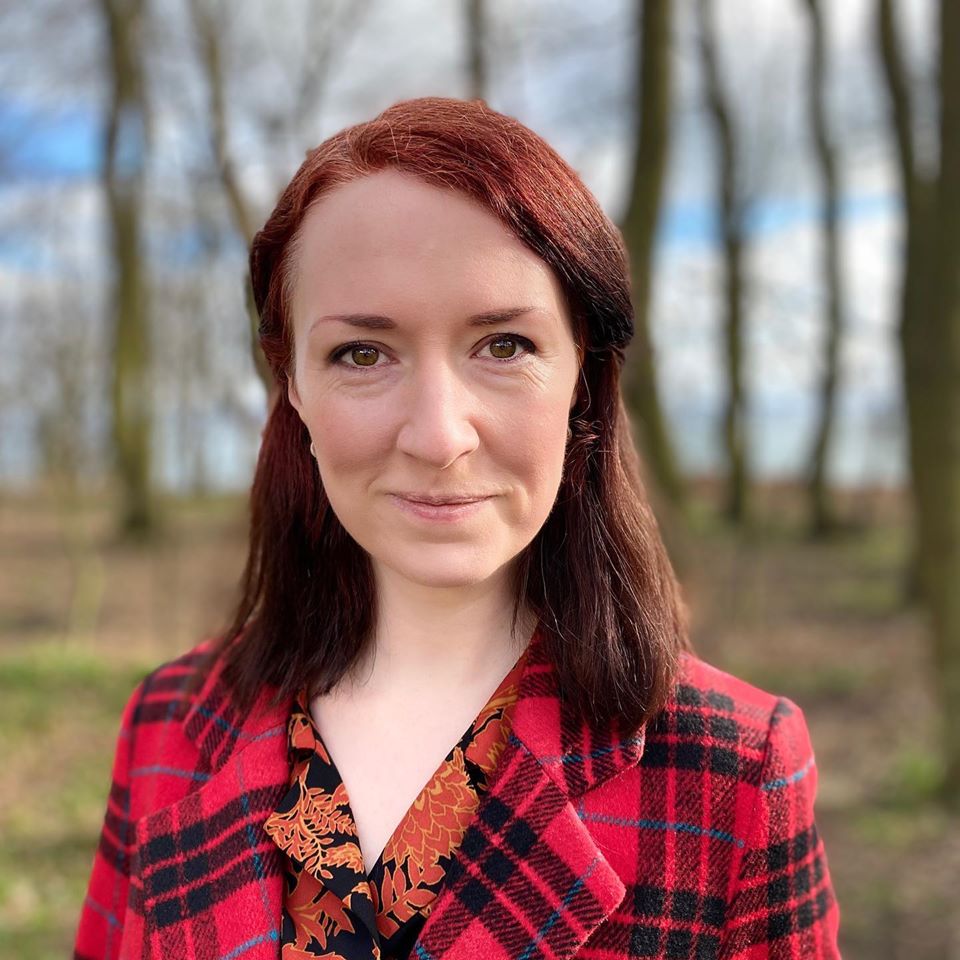 Sarah Daly is an Irish screenwriter, producer and director. She is probably best known for the movies „Lord of Tears“ (2013), „The Black Gloves“ (2017) and „Automata – The Devil’s Machine“ (2019) which she created together with director Lawrie Brewster.

While watching „Automata – The Devil’s Machine“ I noticed several references to the classical world and wrote a little analysis of the movie’s classical reception. (Click here to read my analysis.) Afterwards I contacted Sarah Daly in order to get some more information regarding the movie makers‘ use of the classical material. As a result, I’m happy to present you with a very interesting interview with Sarah.

Was ancient history or ancient mythology part of your training as a screenwriter or do you have a personal interest in one or both topics?

Being Irish, I was brought up on a rich diet of Celtic legends and moral fables such as „Cuchulainn“, „The Children of Lir“ and „Tir Na nOg“. In my teens, I did a brief course in Classics, which I found fascinating. You see a lot of the same tropes, narrative devices, characters, and themes appear across nations and millennia, which is really quite incredible. I love mythology for its melodrama, its morals, and how it reflects the values of the society it belongs to. Also, in my training as a screenwriter, Aristotle’s Poetics formed the foundation of my education in narrative form and structure, so certainly a strong classical influence there.

As for history, although I’m certainly inspired by it, this is definitely where Lawrie Brewster’s knowledge comes into play. He studied ancient history at St. Andrew’s university, and has a real passion for it, so, regarding „The Devil’s Machine“, for example, he wrote a detailed back story for the characters and setting of the historical narrative, which I referred to to inform my screenplay. This, I think, lends it a level of realism, despite the fantastical storylines.

The original title of the movie „The Devil’s Machine“ was “Automata” which is a clear reference to the automata mentioned in ancient Greek sources. Lawrie Brewster says that he was inspired by an automaton that he had seen in Ken Russel’s “Gothic”. Had you ever heard of automata before Lawrie came up with the idea to make a movie about artificial life?

Yes, I’ve actually always found them fascinating. My first real-life encounter with automata was at a special screening of one of our earlier films „Lord of Tears“. We invited a company called „The House of Automata“, who are based in the Scottish Highlands, to come along and display some of their pieces, and they’re just really breathtaking. Even in these modern times, when we’re capable of such amazing feats of technology, there’s something about the precision of these mechanical pieces that is so magical, uncanny, and impressive. This unnerving beauty is something I drew on heavily when writing the „The Devil’s Machine“.

Ovid’s Pymalion and „The Infernal Machine“

At some point in the movie “The Infernal Machine” writes down a poem. The Rose-character recognizes that the poem is about Ovid’s Pygmalion. Did you write the poem yourself or did you take it from a translation of Ovid’s Metamorphoses? Whose idea was it to include Pygmalion?

Yes, it is an extract from the poem ‚Pygmalion and the Statue‘ from the tenth book of Metamorpheses. I always like to infuse a script with some elements of folklore and fairytale, and of course the story of Pygmalion was very much an inspiration for the story of „The Devil’s Machine“. In the story of Pygmalion, a sculptor falls in love with a sculpture which he has created, and aside from the obvious superficial similarities the tale has with ours, there are also thematic commonalities. For example, how it concerns the objectification of women, and of the notion of the narcissistic creator.

You mentioned that you were inspired by the Italian fairy tale “Sun, Moon, and Talia”. Did you know that the fairy tale goes back to Greek mythology, where Thalia – a girl from Sicily – is a lover of Zeus and gives birth to twins? (That’s a very interesting fairy tale. I didn’t know it at all before I saw you talking about it on the „Automata“-Bluray.)

I knew of „Sun, Moon, and Talia“ as a forerunner to „The Sleeping Beauty“ by Charles Perrault, but I didn’t know that it was based on Greek Mythology! Again, the fairytale has a lot of parallels with our story, so I drew some inspiration from it to add colour and depth. For example, when Rose (who herself is named after a later adaptation of the tale by the Brothers Grimm ‚Little Briar Rose‘) is pricked by the thorn and falls under the spell, this is a reference to the splinter of flax that pierces Talia’s finger in the fairytale, cursing her.

The disturbing scene where Brendan makes advances on the sleeping Rose, is the most direct inspiration from „Sun, Moon, and Talia“, which goes a lot further than the „Sleeping Beauty“ story we all know. As with so many fairytales, it’s really very dark and troubling. Of course this makes it the perfect inspiration for a horror film!

Further references to the classical world

Are there any references to the classical world in „Automata“ which I didn’t mention? (Except Lawrie’s dog-men)1


No, you’ve spotted them all! And I also believe that you’re the only one to have done so, so well done!

My questions are all related to „Automata – The Devil’s Machine“. Did you create any other works that might be interesting regarding classical reception in sci-fi, fantasy and horror?

Almost all of the films I write take some inspiration from mythology, whether it be classical, Norse, or Celtic. It’s just such rich ground to plough for inspiration. It’s always my first port of call when searching for ideas that will stand the test of time.

Dear Sarah, thank you very much for this great interview! 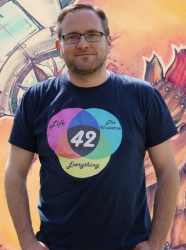